As the most important festival in China since ancient times, the Spring Festival is always being excepted by we kids. Because we don't need to do any homework during this time very year.It's really a precious holiday for us. And our parents are free from their work too. We go to our grandparents' to get together with them to enjoy the moment when the new year comes.

I will priciate if the holiday to be longer.

There are many festivals in China. Among them, I like the Spring Festival most.Not only because it’s the biggest festival in the year, but also because it’s a new beginning that brings hope to people and it’s time for family gathering.Before the festival, people come home no matter where they are.Usually, we have a big dinner on the New Year’s Eve. And then families sit together and share their lives or planes.Some will play games or hang out to have some fun.

On the New Year’s Day, people get up early and say good words to anyone they meet.Children can get lucky money from relatives.In the following days, we will visit relative’s home and bring New Year’s wishes to them.In short, it’s a time for family gathering and all of us enjoy it.

Last year's Spring Festival is special. My uncle and my aunt came back from Shanghai. My family were very happy to spend the Spring Festival with them. And it was the most exciting festival of all the festivals.

On New Year's Eve，my father and my uncle talked about their work together. My mum did some cooking with my aunt. Grandparents and I watched the New Year TV programmes. At about six o’clock， we had a special family dinner. We all thought the dumplings were delicious.

On the first day of the New Year， we visited our relatives. In the afternoon，we went shopping in Jiefang Road. My uncle bought some Jay's CDs. He likes Jay’s music very much. There were so many people on the road. It was more alive than any other time of a year.

I had an interesting Spring Festival. How about you?

More than 10 days before the Spring Festival, grandma just get busy preparing something for the Chinese New Year, and kill the chicken, and duck slaughter, and cooked the meat, and cooking, busy trying. Grandma said: "now is' no New Year's day, better than New Year's day '!" Dad said: "now is Chinese New Year still busy!" But as for me, although is welcome, not participate in discussions, but has been realized in the harmonious society people overjoyed when!

By year, every household lights, very busy. We eat a good meal in a hurry, picked up a firecracker quickly ran to the designated place, for fear of being robbed the first. We can be more firecrackers, there are "flowers" "double bang firecracker" "cuckoo cybele" BaiZiBao "..."

Let's put the "flowers", firecrackers like a fire ball shot on the blue sky. All of a sudden, it's not rise, but suddenly burst, formed a colorful flower, have a plenty of gold to red, have a plenty of yellow and green, or blue and red. Then we put the "double bang firecracker", it is also good, listen to "bang" a loud noise, a Mars for a moment, it's a "bang" sound, golden fireball exploded in the sky, but not immediately. "BaiZiBao" two thousand multiple, how much more enjoyable enough. "Cuckoo crow spring" is my favorite, after burning up a clump of flame, the above quote pieces of colorful flowers, each flower so bright, so bright! 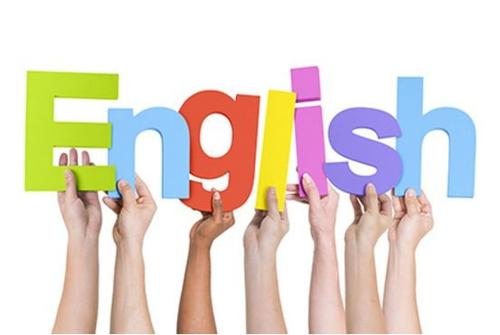 Look at the beautiful fireworks in the sky, listening to all round the loud firecrackers, I want to, and came to the New Year, our motherland will present a new atmosphere.

Far and away the most important holiday in China is Spring Festival, also known as the Chinese New Year. To the Chinese people it is as important as Christmas to people in the West. the dates for this annual celebration are determined by the lunar calendar rather than the GREgorian calendar, so the timing of the holiday varies from late January to early February.

It is really a happy festival.